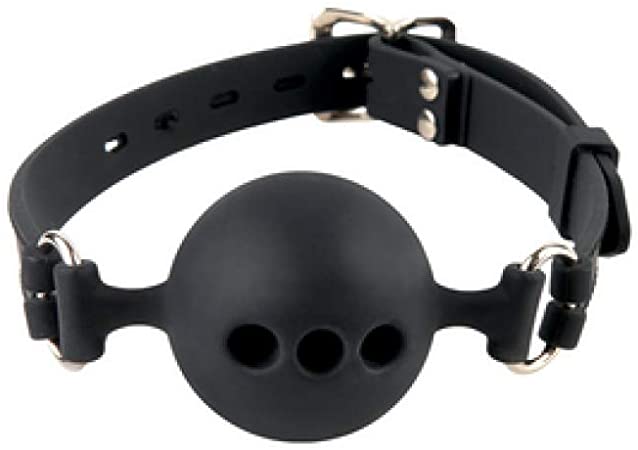 For today’s DIY we’re going to make our very own ball gag, hey guys, it’s Morgan welcome to VDS and relationships in education. Today, we’ve got another kinky DIY, we’re going to be doing two different variations on a ball gag using they’re going to do ribbon and grow, and this is just using both balls, so our practice both balls. So this is something that you guys want to learn how to do just stick around and we’re going to get to it right now, so this week’s DIY or this month’s DIY, so you should try to do them about once a month is going to be really Simple because I like to sort of try to keep a mixture of more difficult and simple stuff – and I do have some more like larger and more elaborate projects that I would like to do coming up very soon. So this is going to be a really easy. DIY because sometimes that’s what you need, you need something really quick and it is also suited for springtime, because our main thing that we’re going to use are these little little golf balls.

So it’s a golf ball there for practice and they just have a little holes in them, so these are actually quite small. I bought you that our local dollar store and they’re smaller than a regular golf ball. So I’m just going to try that you guys can see what they look like, so that what we’re going to base this on now, you could use the proper size like an actual size. Softball really depends on your bottom, the size of their mouth, but my boy, despite being a gigantic guy in general, on his fairly tall and he’s nice and beefy, but other than that really small sort of mouth. And he has a hard time sometimes with some of our larger gag, getting it in his mouth, so he can’t quite open his mouth a way.

So I figured a smaller one would be appropriate. So again, this is going to be really simple depending you could make it more complicated if you really want, but we’re going to do it nice and easy. So the only thing you’re going to need is you know one of these golf ball. Whistles all things practice balls and they do come in different colors. That could have gotten a bunch of different neon colors, but I just think that the white has it just made it the easiest sort of thing.

The other thing I wanted to mention is that this guy is good if you are just going and getting into ball gags, because this is smaller. Also the fact that it has holes in it. It sort of helps like nervous, bottoms bottoms who are nervous about having a guy in their mouth um. It can help kind of help them psychologically understand that they could breathe through this right. So if they have issues you finances raining like that, you can breathe right.

Through this I mean you should be able to breathe around the regular ball gag anyways, but with this I mean you can breathe right through it. So that is something that some people do find useful and helpful. So I’m going to show you two different variations. The first will be just using some rope, and this is just some thin like three to four millimeter braided nylon rope. It also happens to be the same stuff that I use for clock, rope, sort of cock and ball bondage.

If I don’t know, if that videos up yet or not, if it is all linked it just randomly and if not well, you guys can surround and see that one when it does come out. So it’s going to be really easy to do. All we want to do is string the rope through the holes, and sometimes you know we can just kind of string it through like that and it goes nice and easy. But I’ll show you another trick when we do the other one, and in this case we can build, we want to leave enough space on either end so that we can tie this in place. So what we’ll do is tie just an overhand knot.

Nothing fancy on one side and then we’ll do it on the other side. So again, I’m just doing like an overhand knot. It’s nothing! I didn’t fancy honest, I’m not showing you. I can tie it because it is super common so that just going to hold it in place and then it goes in and then you can use the rope to tie it around the person’s head.

Now your other option, I got cut a whole package of these, so we’ll make a few here is to use some ribbon. So I just have this particular ribbon kicking around and it’s stronger than I thought again. I just picked this up at the dollar store. It is nothing fancy you can use whatever type of ribbon you want. If you want to use to the rat tail stuff, that would work really well, I think um it’s sort of a satin cording for those of you who are not familiar, but whatever, whatever floats your boat and whatever color you like, wherever you know, you can use Varying thicknesses, so I’m just going to make a like little small bowel.

You could use pretty much anything. A chopstick would totally at work and I’m going to use this to poke the ribbon through the holes. If I can here so, what I’m trying to do is I’m trying to get the edge of the ribbon kind of poke out on the other side of the ball, because it should be holes that are kind of parallel. So what I’m going to do is I’m just going to come in at a bit of an angle. You guys can see Congo that the ribbon is filled up the whole ball.